It occurred to me recently that in almost five years of flying, I hadn’t actually flown to Victoria International Airport (CYYJ), located approximately 35 nautical miles SW from Boundary Bay. It also so happens that I have a brother currently living in Victoria, so a flight to Victoria could serve the actual purpose of picking him up for a visit (rather than the usual mission of boring holes in the sky). This post is mostly going to serve as a set of notes for myself as there were a couple points I want to remember about this flight, notably corrections and reminders from ATC about procedures related to flying in and out of CYYJ.

The CZBB departure was initially slated for 9:00 AM but ended up being delayed to a wheels up time of around 10:25 AM due to heavy low-lying fog that lingered until the sun started to heat things up. The weather was otherwise not too bad - calm winds, some low lying fog over the small islands enroute and a layer above at 10,000-12,000'. A straight forward R25 departure and left turn-out to East Point from CZBB ensued without any drama. The air was extremely calm - once trimmed in the climb the plane held itself dead stable with just a slight application of rudder. I flew to East Point then Stuart Island at 2400", just below the ceiling of 2500' for no radio contact.

Nearing Stuart Island, Victoria Tower called me and asked if I was on frequency, then asked that in the future I call them up earlier (presumably around East Point?) to give them more time to coordinate VFR arrivals. Shortly later I was cleared for a straight in approach on R27. Then another reminder from the Tower that I was supposed to change over to the Inner Tower frequency once in the class C zone. One pretty smooth landing later, I exited on taxiway Sierra and contacted Ground. I was reminded to cross the threshold next time before calling as I was still technically on the active, then cleared to taxi to the Victoria Flying Club.

I picked up my brother then called up 1-866-WX-BRIEF again for another squawk. On the initial radio call-up I contacted Clearance Delivery, who assigned me a Beaver Point departure from R27. A switch to Ground and I was cleared to taxi via Sierra, Echo, Whiskey. A quick run-up and we were out of there, with a climbing turn direct to Beaver Point starting below half circuit altitude. We flew back at 2500'. 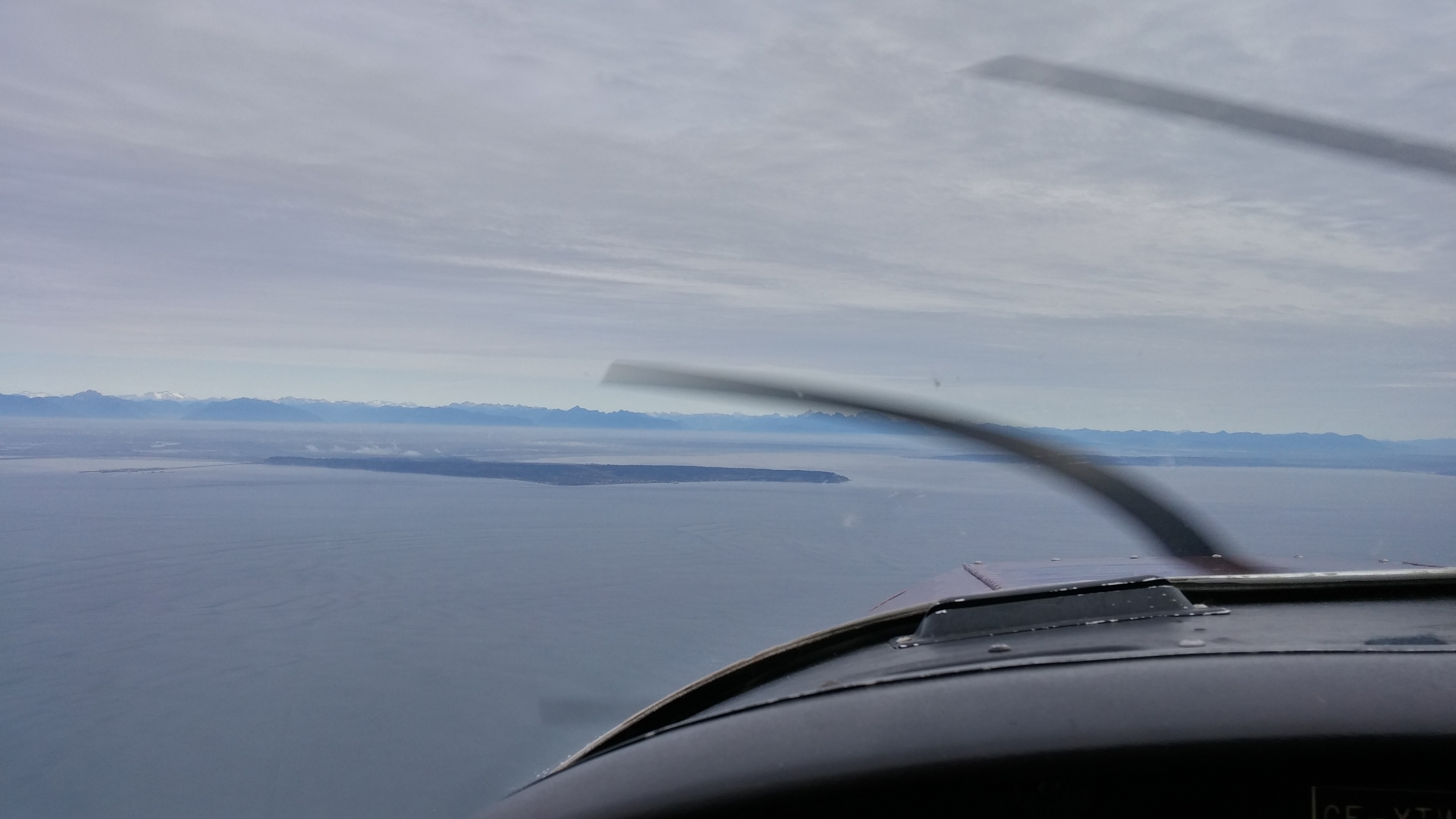 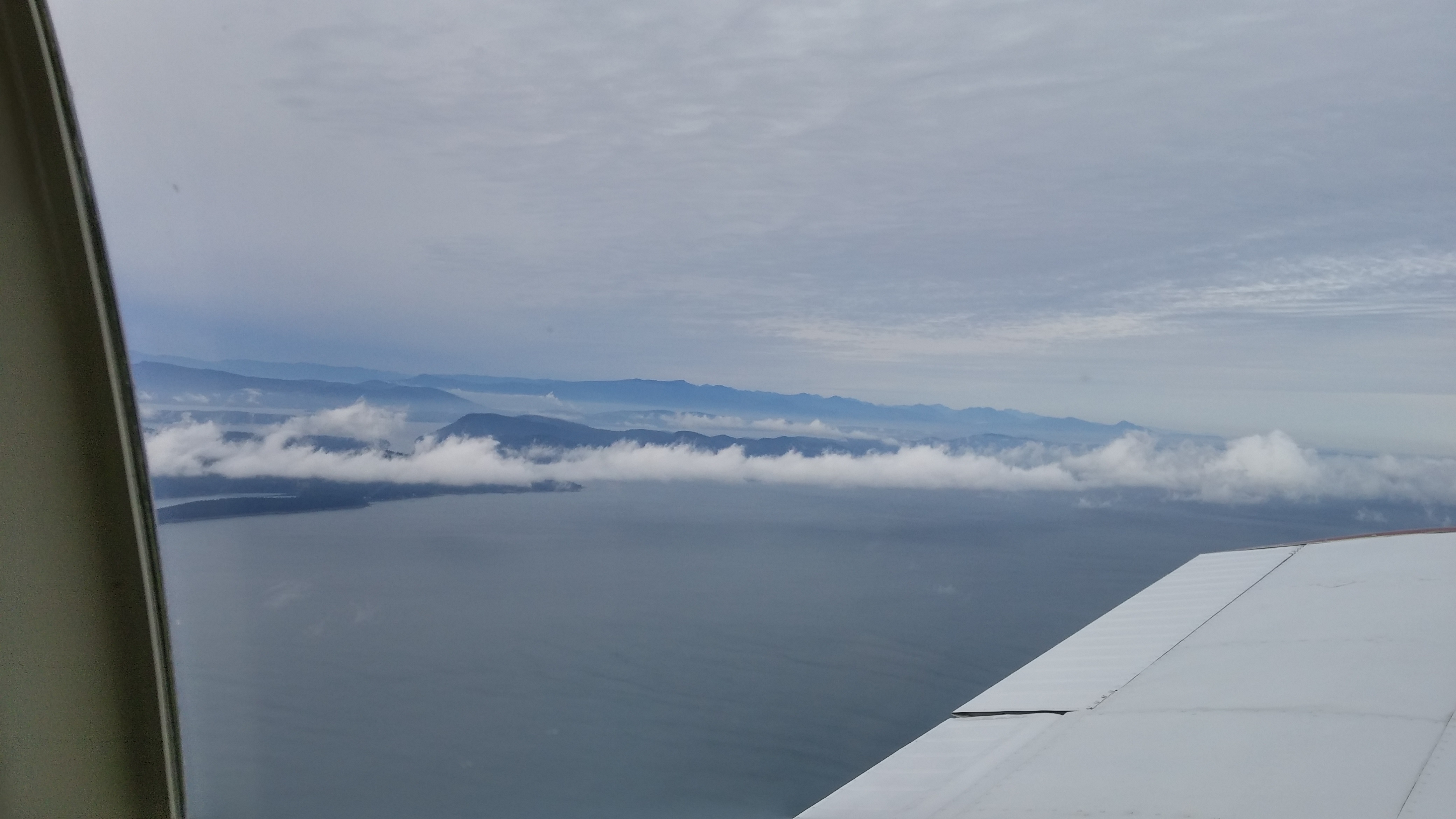 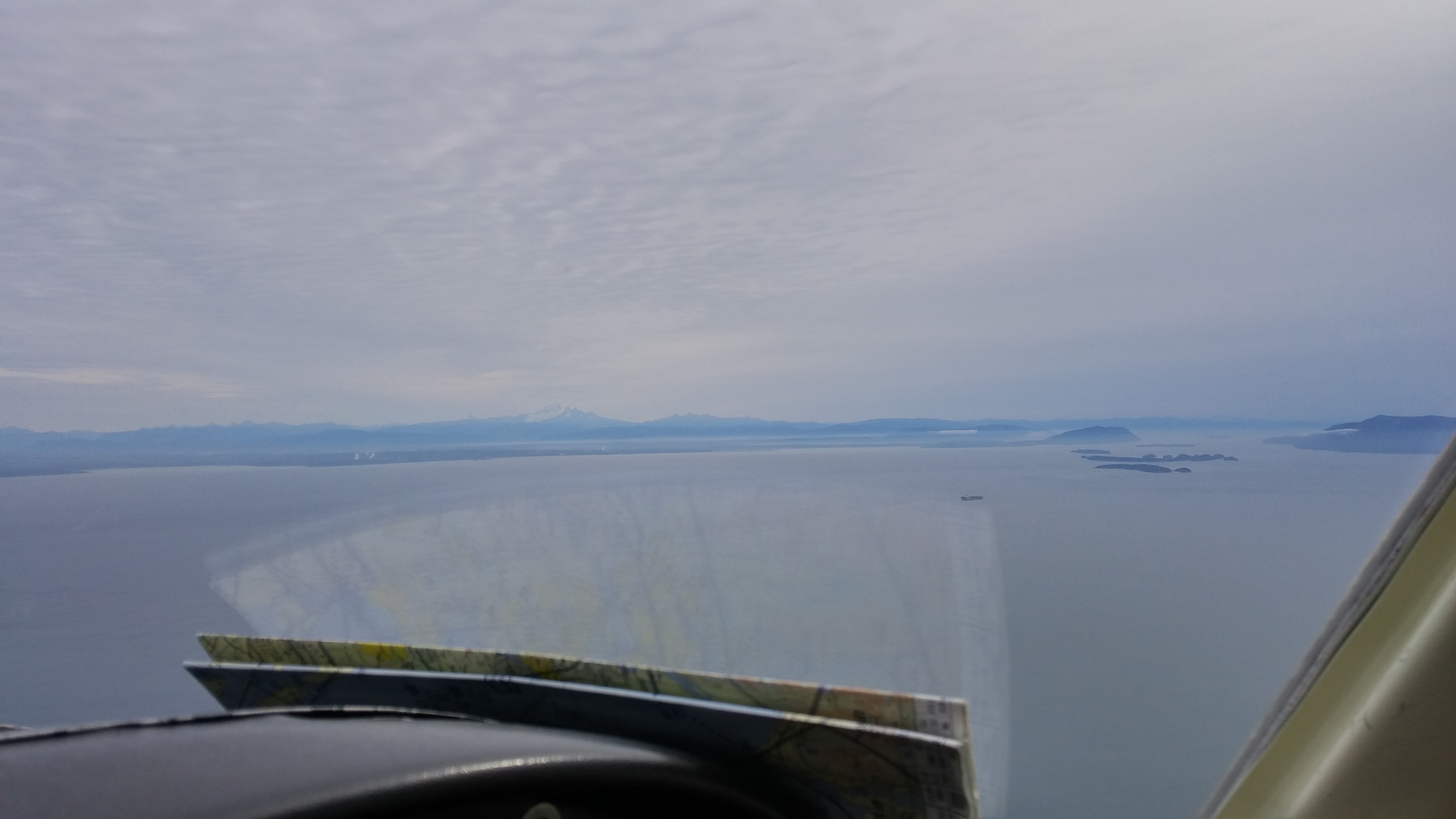 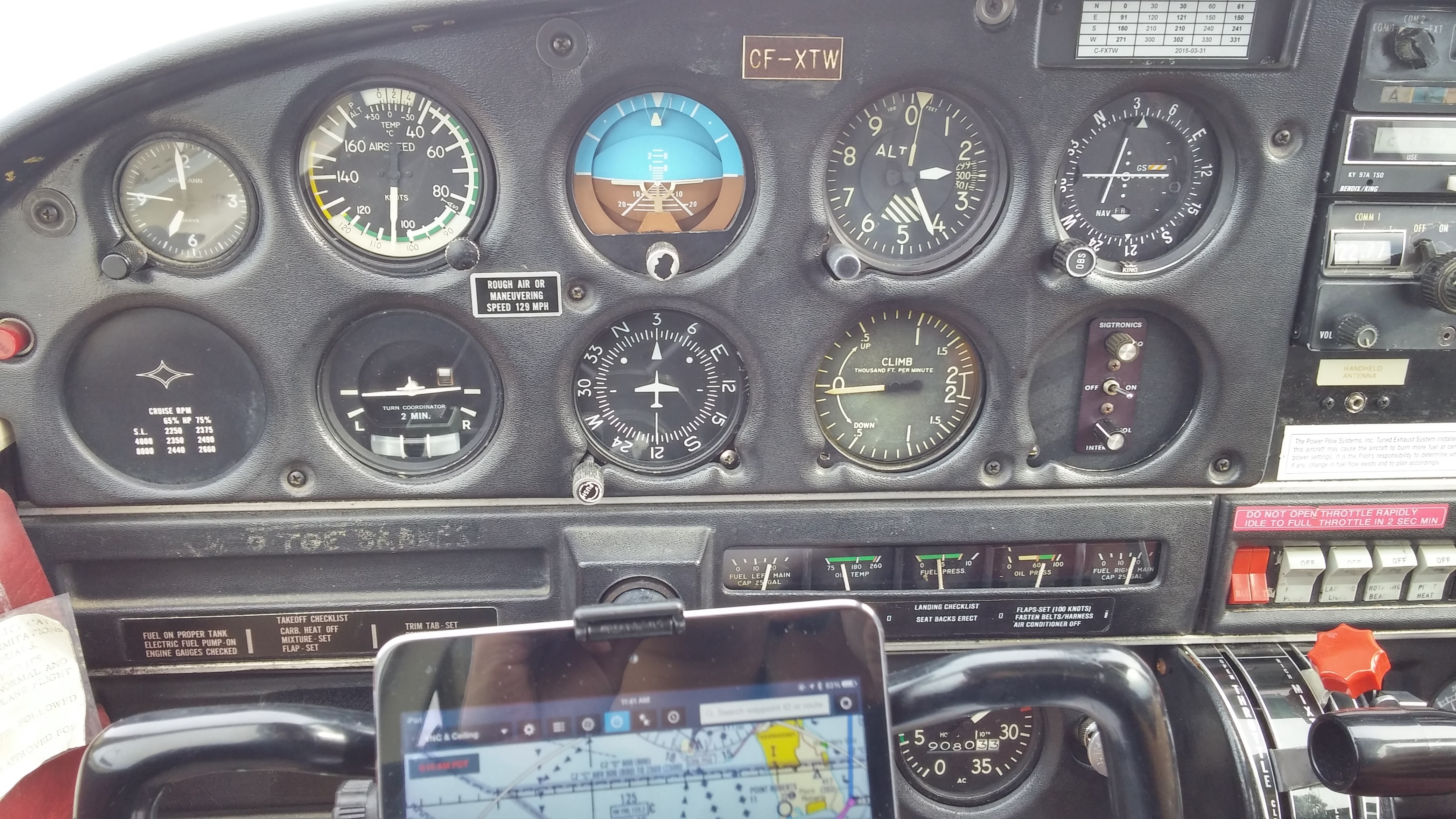 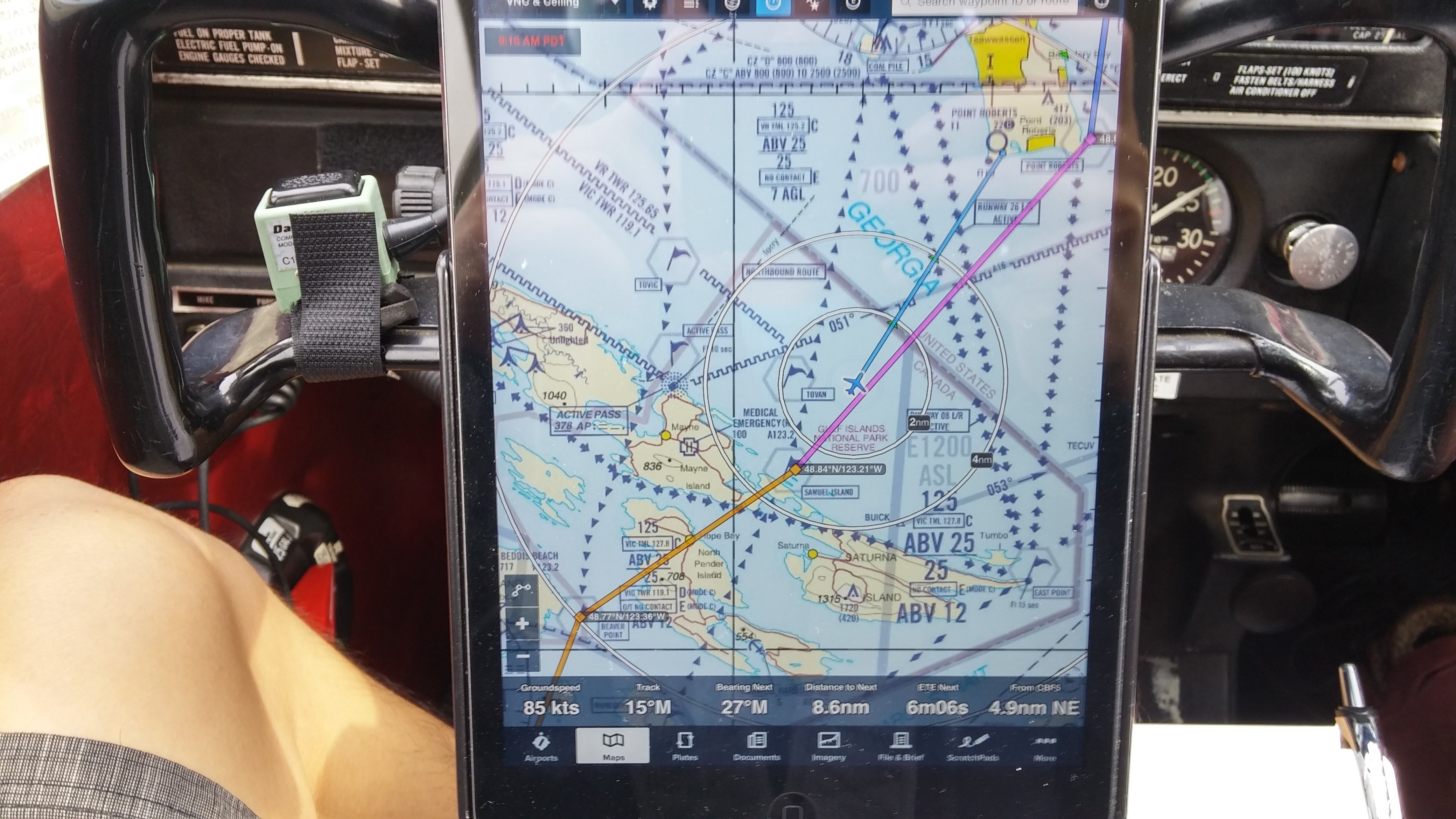 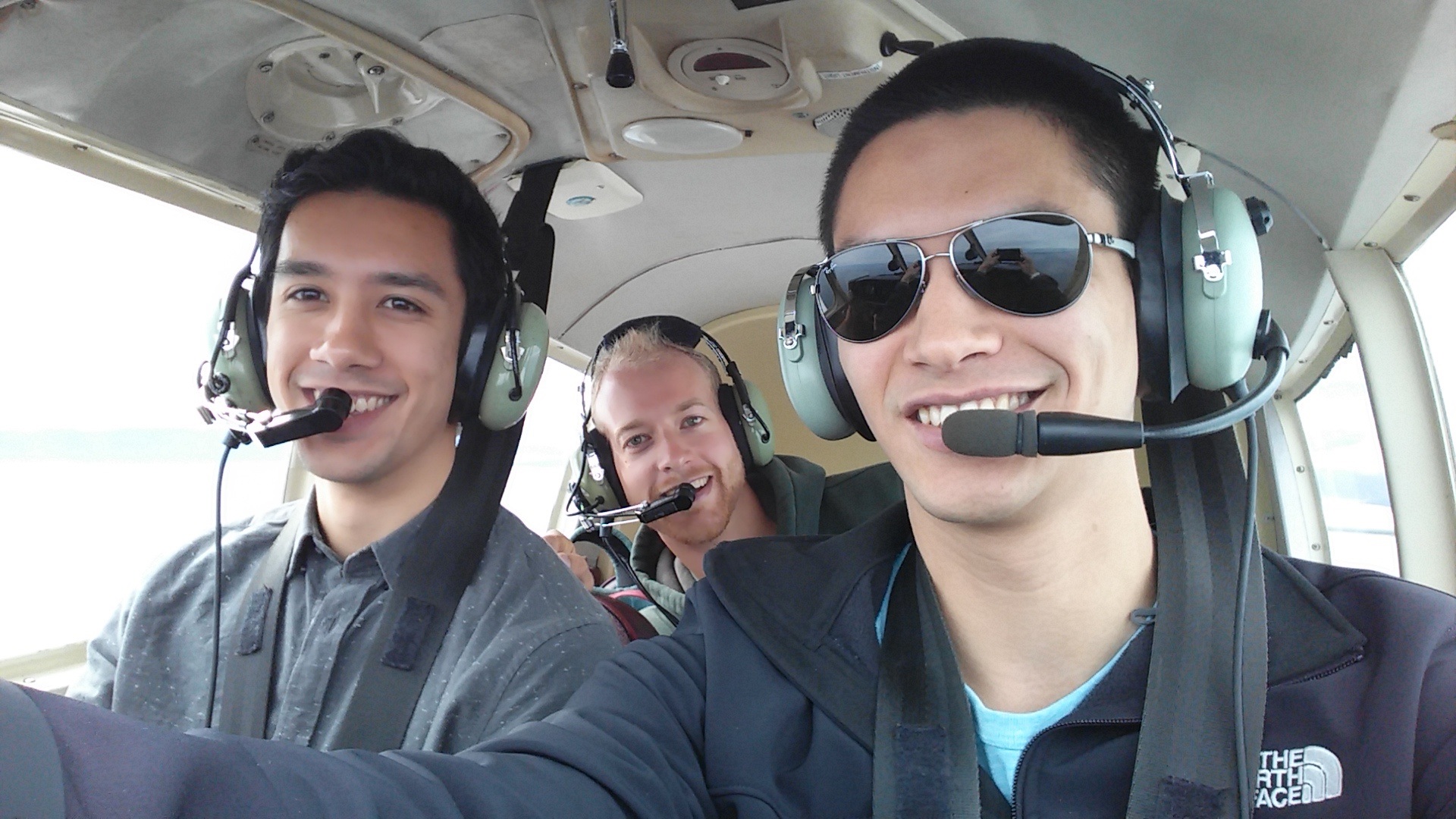 The flight back was pretty uneventful, and once nearing Boundary Bay I called up the Outer Tower and we were cleared in for a straight-in on R30.

Notes for the next time I fly to Victoria:

Most of these are procedural and can be found in the CFS but I’m throwing them here for future reference anyways.